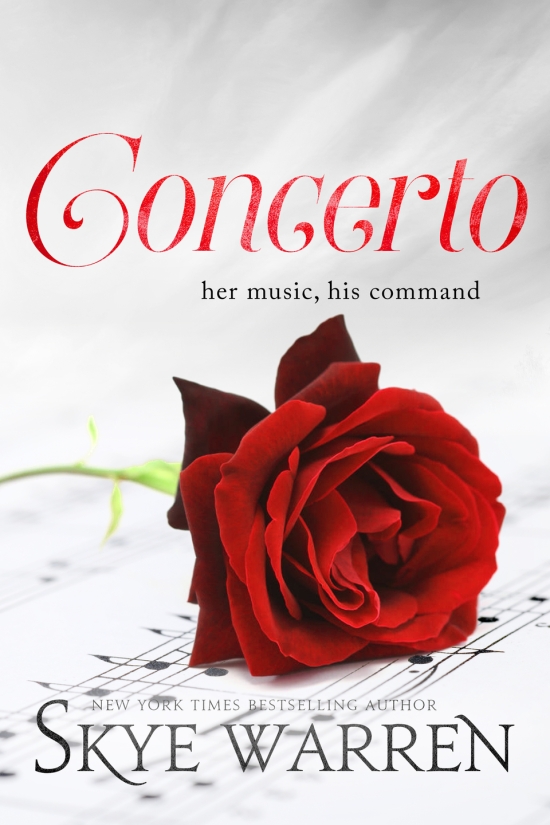 Samantha Brooks stands onstage as the curtain rises. Her dreams are coming true. She doesn’t know her nightmare is coming too.

The spotlight lands on Samantha Brooks. Years of practice build to the opening night of a global tour. She plays her heart out, but there are darker forces underneath the stage.

There are eyes watching from the wings.

Liam North fights to keep her safe with every weapon he owns. She’s his greatest pride — and his greatest weakness. The danger comes from somewhere no one expected. Betrayal threatens to destroy everything he’s built. His business. His family. His life.

When the curtain falls, only one of them will be left standing. 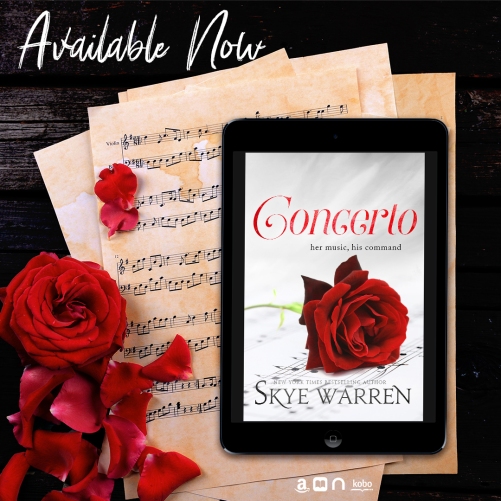 North Security Book #2, Concerto by Skye Warren. Two books in and I am loving this trilogy, as per usual with anything that I’ve read from Skye Warren! This sexy and suspenseful story is told in dual POV and leaves off on a HUGE cliffhanger! The trilogy will need to be read in sequence though so if you haven’t read Overture yet (what are you waiting for?!) then don’t read any further into this review because there will be spoilers from book one.

Concerto picks up right where Overture left off. Samantha is now on a worldwide tour working on becoming the independent woman that she knows she can be and learning to stand up for herself with Liam not around to do it for her anymore. Liam has always kept her so sheltered that she’s not having an easy time adjusting to life on tour… and without him.

“He was more than my guardian-he was the axis around which I spun.”

Liam North was granted custody of Samantha six years ago when she was twelve years old, but as she grew into the woman she is now, his feelings for her grew as well. Feeling not deserving of her love, although keeping her protected Liam tries to keep Samantha at arm’s length. Which is the farthest thing from what Samantha really wants.

“A violin is not a thing-not to someone who plays like me. It’s moody and emotional and mysterious. That’s what Liam is to me.”

While Samantha is on tour, Liam sends his brother and business partner, Josh, along with Samantha for her protection since there is still a threat to her life, but of course, he can’t stay away for long and soon after winds up following them.

Will the past finally catch up to Liam and Samantha?

What is more important to Samantha, her dream or the man she loves?

With someone in their inner circle betraying them, who can they trust when choices have to be made? 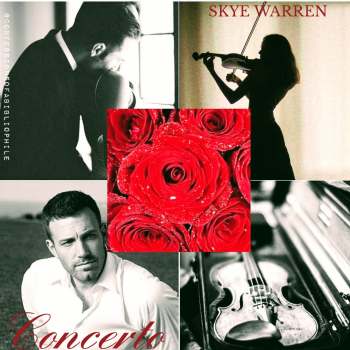 You’ll have to read Concerto to find out!

OMG this book you guys, WOW! I thought that Overture was intense, well Concerto surpassed my expectations in a BIG way! The angst, the characters, the romance, the secrets, the suspense, the passion, you guys I am completely hooked!

Liam, gosh I just want to hug him and shake him all at the same time! He is hopelessly devoted to Samantha but he feels so unworthy of her that he would rather make them both suffer apart than to just give in to their love. Liam thinks that in being with him Samantha won’t be able to lead the life that she’s dreamed of, she can’t have both and instead of letting her make the choice, he’s making the decision for her.

“She brings out the wild animal in me, the beast that doesn’t care about laws or morality. She’s mine, and I want the world to know it. I want them to smell me on her. They won’t even look her way, once they catch the scent. It’s not fair to her—that I push her away only to drag her back. It’s not fair, but it’s unshakable.”

I loved seeing Samantha have a voice of her own more in Concerto then she did in Overture. Being away from Liam, even for a short period of time was good for her, even though she missed him, it was great seeing her learn to fight her own battles… well at least some of them anyway 😉 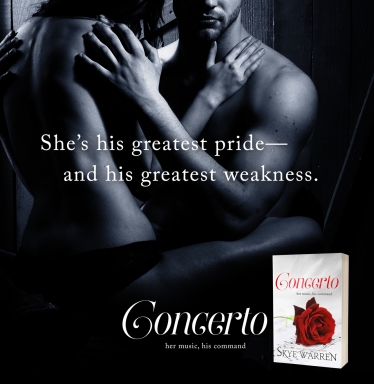 The connection between Liam and Samantha *sigh* Liam is a hard ass alpha but he will do anything in his power to protect her, his absolute devotion to Samantha makes him the PERFECT book boyfriend, plus with the memories from his past… you just want to hug him. Oh, did I mention that dirty mouth of his? HOLY HOTNESS!

I am really hoping that Josh gets his own story, maybe with the dancer…? SIGN ME UP!

Skye Warren writes emotional turmoil like nobody’s business and I for one can NOT wait for the grand finale of this trilogy, bring on Sonata! I absolutely recommend!

“When I was twelve years old he saved me, and I have belonged to him ever since…” “Maybe I needed to save him back for him to belong to me, too…”

Skye Warren is the New York Times bestselling author of contemporary romance such as the Chicago Underground series. Her books have been featured in Jezebel, Buzzfeed, USA Today Happily Ever After, Glamour, and Elle Magazine. She makes her home in Texas with her loving family, two sweet dogs, and one evil cat.

Check out Overture, the first installment in the North Security Trilogy! 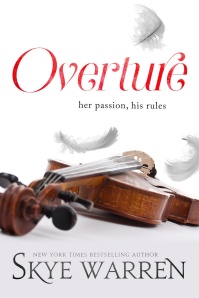 1 thought on “Concerto Book #2 in the North Security Series by Skye Warren is LIVE! Take a peek at my review and grab your copy now!”