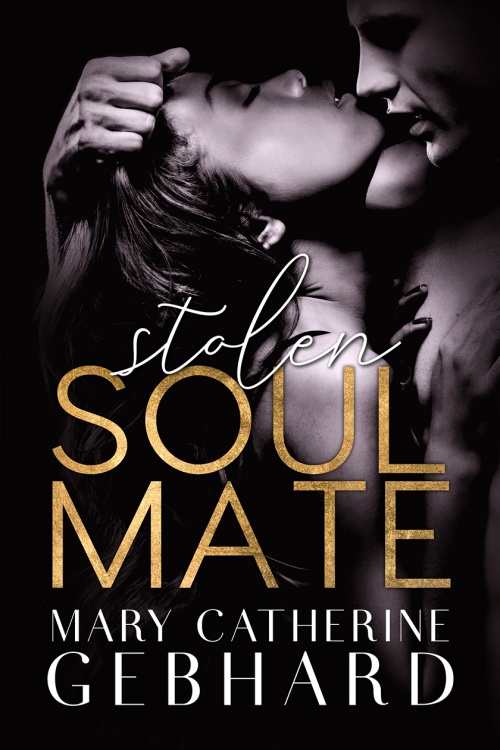 There’s a rule in Crowne Hall: never look a Crowne in the eyes.

It protects us more than them.

I broke it once, the night Grayson Crowne mistook me for his true love and stole my first kiss. I’ve regretted it every day since.

He won’t let me go, because that night he whispered a secret against my lips not meant for me. Grayson Crowne, heir to the Crowne empire and notorious playboy prince is… a virgin.

I signed a contract in my heart’s blood as much as ink: help him get back his love, repair what I broke. Give him my body, my soul, my heart, let him use all of me, so when the time comes to marry her, he won’t need me.

I shouldn’t need him.

But he’s my stolen soulmate, and I’m at his mercy.

𝓐𝓾𝓽𝓱𝓸𝓻 𝓝𝓸𝓽𝓮: Stolen Soulmate is the second book in the Crowne Point universe. You do not need to have read Heartless Hero to read Stolen Soulmate, though it is recommended. It will enhance your reading experience as you will catch easter eggs and the timelines overlap. 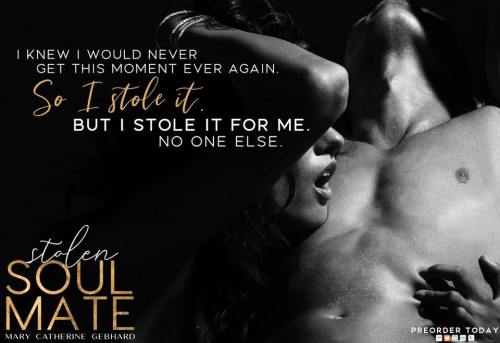 Mistaken identity and one stolen kiss change EVERYTHING.

Forbidden romance, enemies to lovers, Stolen Soulmate has it ALL! 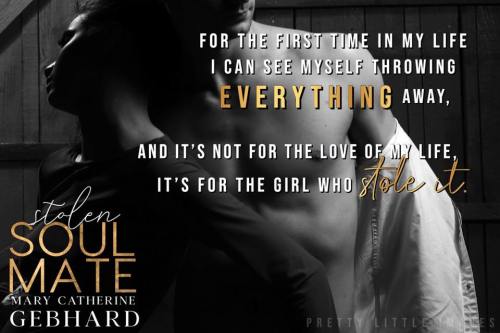 Mary Catherine Gebhard is an amazing author. She’s still new-ish to me but she is quickly climbing the favorites later. It takes a whole lot to make me feel the kind of emotions I felt while reading Stolen Soulmate. BRAV-FREAKIN-O, MCG. You completely wrecked me with this one. I devoured SS from start to finish, and at four in the morning when I finished the last page (and after I was able to pick my jaw up off the floor) I STILL couldn’t sleep because I couldn’t stop thinking about this story! 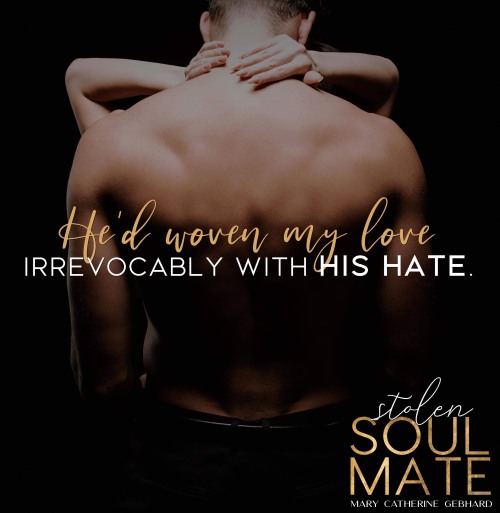 I enjoyed Heartless Hero but Stolen Soulmate… MCG has left my heart racing a mile a minute and my jaw on the floor. Honestly, five stars aren’t nearly enough for this phenomenal, heartbreakingly beautiful story and these totally unforgettable characters. Gray and Story’s story is heartbreaking. It’s beautiful. It’s tragic. It is EVERYTHING. Only two months into this year and I’m already calling it, Stolen Soulmate is my TOP READ OF 2020! It’s absolutely perfect. I wouldn’t change a single thing and with as much as I read, that doesn’t happen very often anymore.

If you are a fan of enemies to lovers or bully romances with a touch of forbidden, and a whole lot of angst and sexual tension, then Stolen Soulmate is an absolute MUST READ and I highly recommend checking it out! 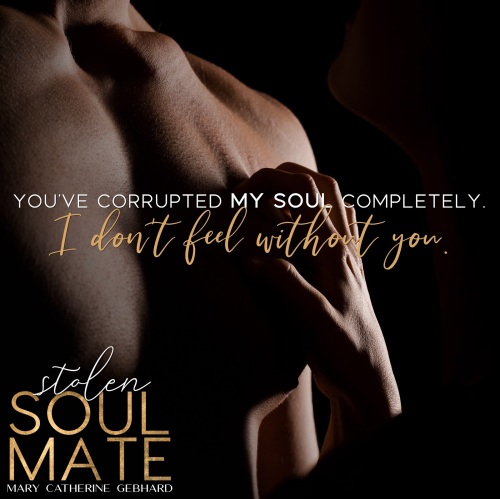 💙 (𝓗) 𝓗𝓮𝓻𝓸: Grayson Crowne, the playboy prince, and heir to Crowne Industries. Gray is ruthless, insolent, cruel, and the biggest bully I’ve seen in a very long time. But as the story continued, Gray was nothing at all like I expected. It’s those little quiet moments in the dark where he’s being earnest and REAL that make you see what’s underneath the hardened exterior is a vulnerable boy who’s been deprived of love his entire life. Gray is one of those characters that you want to hate… but MCG gives him just enough of that SOMETHING that makes you feel sympathetic towards him. Maybe it’s the way he carries the weight of his family and the happiness of his sisters on his shoulders, maybe it’s his pens and his lollipops… whatever it is, it’s there.

❤️ (𝓱) 𝓗𝓮𝓻𝓸𝓲𝓷𝓮: Storybook Hale just wants to do her job and blend into the background just enough not to be noticed. But one night changes everything. Gahh I adore Story! She may play the submissive role because her job depends on it, but she’s far from it. She’s not afraid to challenge the cocky playboy. She’s kind but sassy, she cares even when she shouldn’t, she’s just what Gray needs. My heart completely shattered for Story and the heartbreak and pain that she endures. I have to give her props, it’s all or nothing for her and I commend her for standing up for what she deserves and settling for absolutely nothing less. 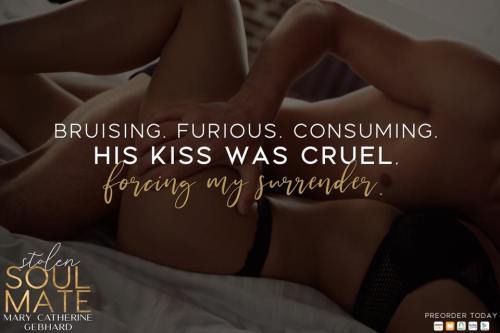 🔥🔥🔥🔥🔥 𝟓/𝟓 𝓢𝓽𝓮𝓪𝓶 𝓕𝓪𝓬𝓽𝓸𝓻:  The chemistry between Story and Gray is unlike anything I’ve ever read. The stolen moments, the push and pull, the tension, all made for an explosive, intense, and passionate romance. Oh, and some smoking hot scenes! Anyone who follows my reviews knows I’m ALL about the steam, and even though I enjoyed those scenes, I enjoyed those quiet vulnerable moments between the two even more. The odds are stacked against them, but the love they feel for one another makes them go above and beyond to try to make their dreams a reality… if only life were that easy…

🌪🌪🌪🌪🌪 𝟓/𝟓 𝓒𝓵𝓲𝓯𝓯𝓱𝓪𝓷𝓰𝓮𝓻 𝓦𝓪𝓻𝓷𝓲𝓷𝓰: YES THERE IS A HEARTWRENCHING, JAW-DROPPING CLIFFHANGER! I guess I’m a masochist because as much as Stolen Soulmate hurt me, I want MORE! More angst. More torment. Just more of Grayson and Storybook.

⚠️ 𝓣𝓻𝓲𝓰𝓰𝓮𝓻 𝓦𝓪𝓻𝓷𝓲𝓷𝓰: This is a DARK romance so there are difficult subjects that could be considered triggers. E.g. bullying, dub-con, OW/OM conflict… If you would like to know more, feel free to DM me!

📔📋 𝓑𝓵𝓸𝓰𝓰𝓮𝓻 𝓝𝓸𝓽𝓮: If you have friends who have read Stolen Soulmate, check on them. We are NOT okay! 😭 #GUTTEDBYGRAY 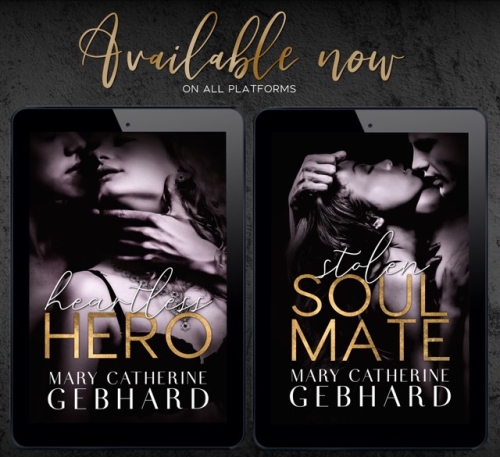 I started writing the moment I could read. 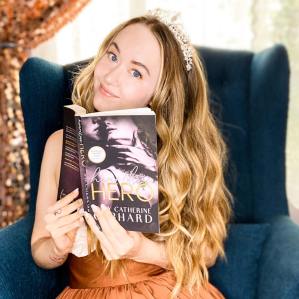 My first characters were Wibbley and Squig and I used MS Word and clipart to bring them to life when I was a kid in elementary school. I started seriously thinking about being a writer in High School and I remember the day exactly because it was such an epiphany. I was always so uncertain. You know how everyone was always asking
what you wanted to be when you were older? Well, I NEVER could decide.

I wanted to be a marine biologist.
An actor.
A FIREFIGHTER (Thank you Joaquin Phoenix in Ladder 49 for that phase).

One day it hit me—A WRITER. I could do it ALL. Then you couldn’t stop me from writing. I penned my first novel at fifteen (but don’t ask me to show it to you, because it’s like I
was in a competition to beat the thesaurus).  When I was diagnosed with a chronic illness, writing became even more important, because it became my therapy. When I wrote my characters, suddenly I wasn’t so alone.

These days you can find me daydreaming about where to travel with my husband, singing in my car, or lost in the newest K drama. And planning my next novel, of
course.