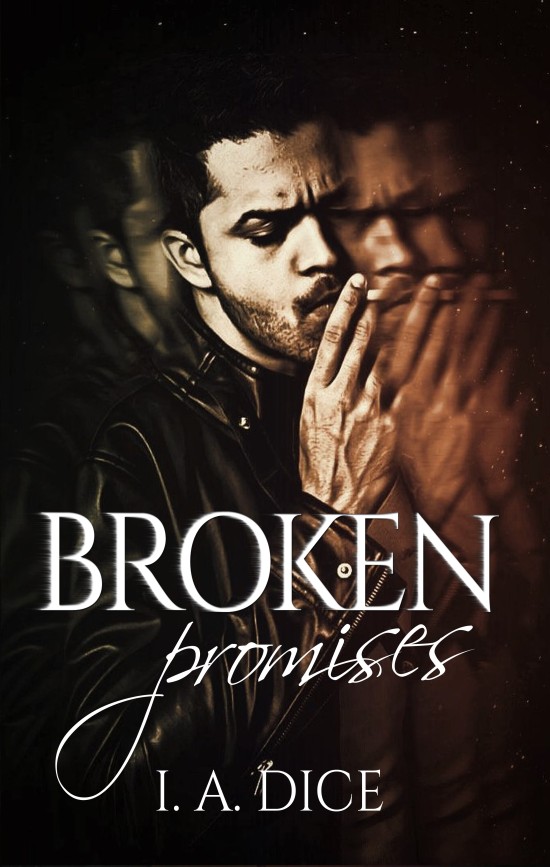 North and South, but no Star.

Chicago falls into Dante’s hands. The six-year-long dream becomes a reality, but it means nothing without Layla by his side.

The war has ended, but peace failed to arrive.

Tormented by recent events, Dante struggles to choose a path while hatred keeps losing the battle with love. The mind cannot compete with the heart.

Stuck in limbo, fueled by fear and memories of what she had lost, Layla hides from the wrath she knows is coming. Despite the outcome, regret is the last thing on her mind. If she could, she’d do it again. Hope is all she has left.

But hope is the mother of fools.

Ghosts of the past come back to haunt them both. Reality verifies their dreams when a new threat emerges – a race against time, death, and three million dollars.

There’s only one rule – there are no rules. 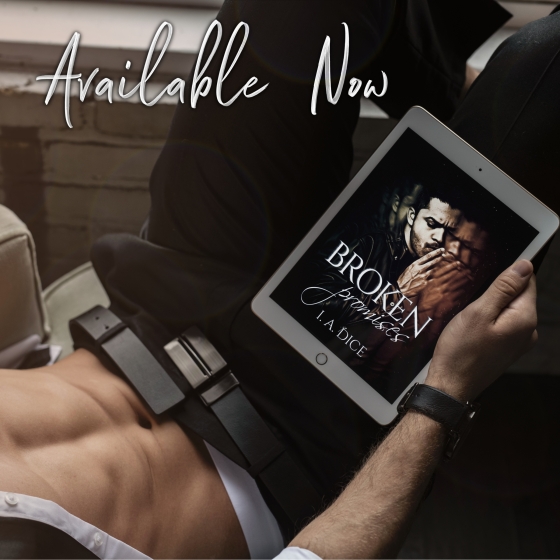 “Time is limited, but love is timeless.”

Broken Promises is book two in the Broken series by I.A. Dice! I have been on pins and needles waiting for this book to release. Ever since reading Broken Rules, I have been 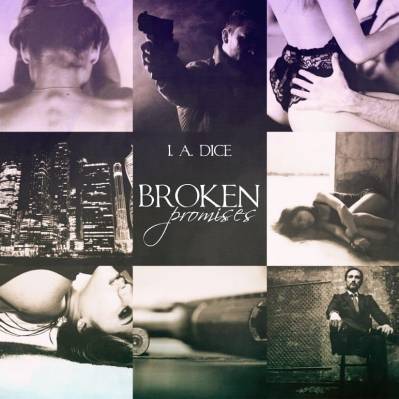 completely wrapped up in the world of Dante Carrow and Layla Harston! This is a duet so the books need to be read in order, so if you haven’t already, grab Broken Rules now, this one is a MUST READ!! If you follow me you already know that right after dark reads, mafia reads are on my TOP favorite tropes list! I am so glad I took a chance on this new-ish author!

When the war between two sides came to its final stand, Layla was left standing in the middle. The choice was her’s to make. Her father or Dante, the man she’s in love with.

But once the full extent of her betrayal is brought to light, afraid of the possible repercussions, Layla runs. 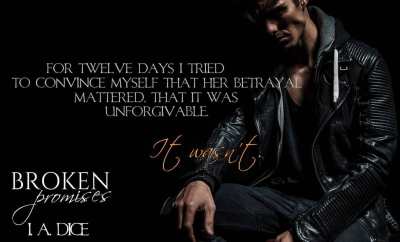 Dante was crippled when he found out that Layla had betrayed him. Although still completely in love with her, she ran and he is trying his damndest not to hunt her down. Dante makes the choice to let her stay gone. It’s for the best anyway, right?

“I fought against my heart, and brain, wanting to hate her for what she did. But I couldn’t hate her. Not for a second, not in the slightest.”

But when a hit is placed on Layla’s head, everything else takes a backseat, Dante is bringing his girl home.

“Layla in danger was the only thing that could get me from calm to all-out petrified in a matter of seconds.” 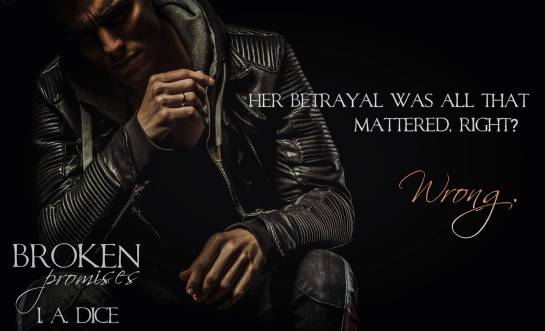 But bringing Layla home with him causes new issues to arise. In order for Dante to stay focused on finding the promoter who’s in control of the payout, as well as taking out every hitman that comes for her, he makes the choice to send her to Russia with Julij and Antolija.

With a three million dollar hit on her head can Dante protect his girl?

You’ll have to check out Broken Promises to find out!!! 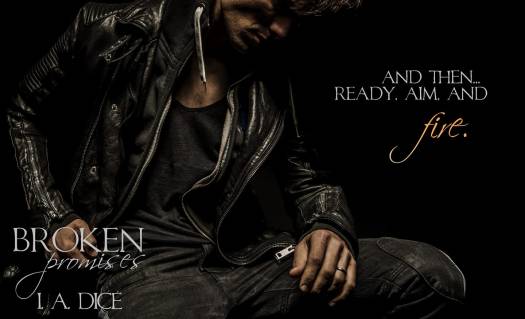 This duet has been amazing! The edge of your seat suspense, twists, and secrets around every corner, a sexy overprotective mafia man, AND a sassy heroine,  I love it! The plot isn’t your typical mafia book which I really appreciate. As much as I loved the main characters there is also an awesome set of secondary character as well, and a few of them that I would love to see get their own books!

Gahhh I am obsessed with Dante! Seriously, if you like the bad boy/anti-hero guys who are totally overprotective and overbearing but yet still lovable and sweet to his girl, then you will LOVE Dante Carrow! Dante is just as protective over Layla as he was in book one, only now with the target on her back his overprotectiveness knows no bounds.

“Fucking Prince Charming with a gun and a drug empire.” 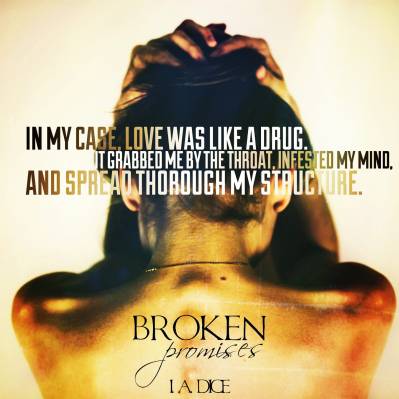 Layla gosh that girl, although she’s a little reckless and hard-headed (just the way I like her lol) I still see a lot of growth from her since Broken Rules. She has a hard exterior because of her childhood but when she’s with Dante… *sigh* 😍

These two and their love has been tested every step of the way but they have continued to come out the other side, together against all odds. The banter between them I absolutely love. Especially when Layla disobeys Dante, which she does every chance she gets! The passion between these two, who started off as sworn enemies, is absolutely sizzling. But above all, my favorite part is just how much Dante loves Layla. With every word, and every thought from him you are never wondering about his feelings for her.

“I couldn’t hate her. I could only love her with everything I had.”

HOLY CRAP, there was most definitely a twist in the story I did NOT see coming! But then that ending… *sigh* I can’t even talk about it because I don’t want to post spoilers BUT I will say, there is a happy ending… one way or another! 😘

Gahhh, I’ve said it once but I HAVE to say it again, I am so glad I took a chance on this author! These days I don’t take as many chances on unknown authors as I used to ( I’m working on changing that) but this is one of those times that it really paid off! Dice came up with a killer plot, and her writing from book one to book two has excelled as well! And with the teaser of another story at the end of the book, I am really excited to see what comes next for this author!

I highly recommend checking out the Broken duet, Broken Rules, and Broken Promises. 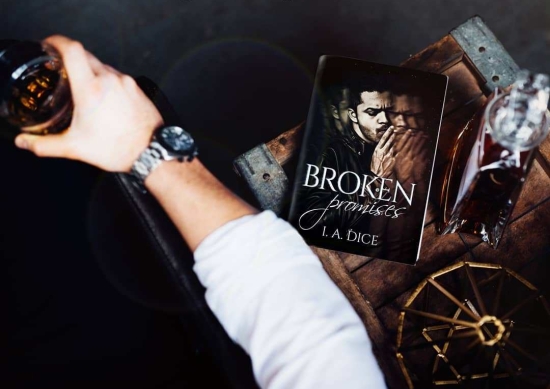 Julij’s words echoed in my head, their meaning stripping me of all senses. For the second time in my life, I felt powerless. ⠀

I opened my mouth to speak, but words were stuck somewhere deep in my throat. My hand traveled up, and I squeezed the nape of my neck, digging my fingers hard into the skin. ⠀

Instead of forcing my vocal cords to work, I tried to deliver enough air into my lungs to remain focused. Layla in danger was the only thing that could get me from calm to all-out petrified in a matter of seconds. ⠀

The worst kind of fear swept over my entire system, weakening me, robbing my mind of the ability to think straight, pushing me to act without gathering all the information. ⠀
I could’ve easily crumbled under the weight of my own protectiveness. It was crushing, primal, uncontainable.

The muscles on my shoulders turned to stone, and I felt physical pain, knowing she was out of my reach, and I couldn’t protect her.⠀ 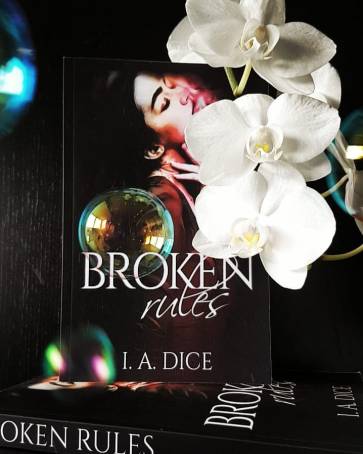 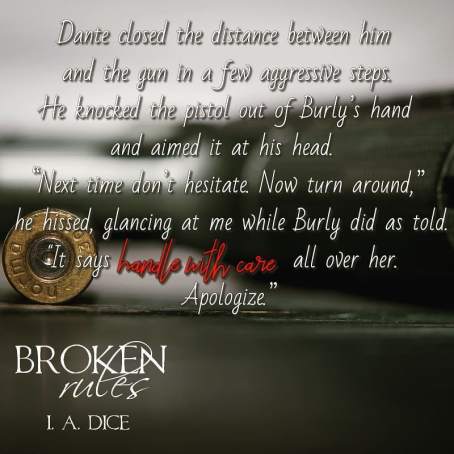 My Review of Broken Rules 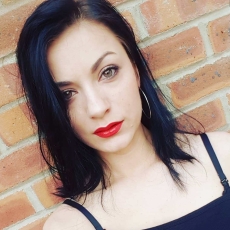 I. A. Dice graduated from Manchester Metropolitan University with a Combined Honours Degree in International Business and Marketing (a bad, bad choice).

She’s been a waitress, a teacher, a gardener, an admin junior and a production planner. She attended college courses and never finished some of them.

And then she finally decided to trust her gut and pursue her biggest dream of becoming a writer.