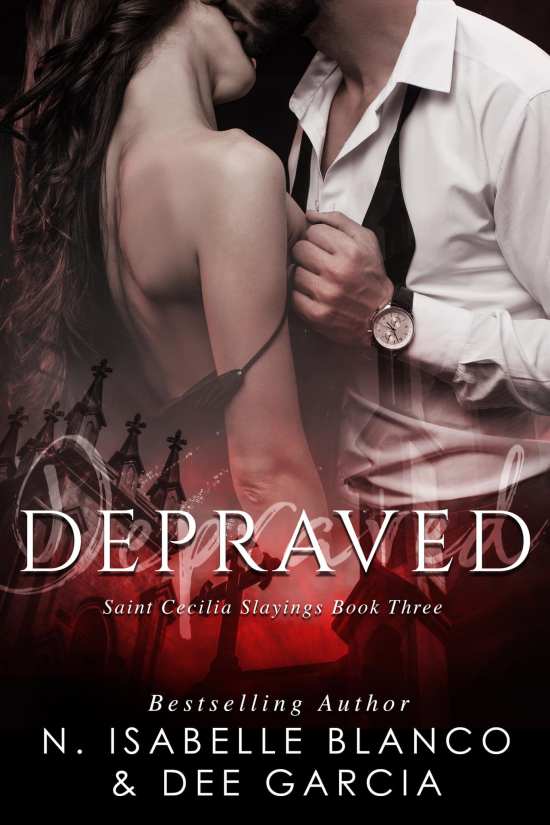 When the Spirit of truth comes, he will guide you into all the truth, for he will not speak his own authority, but whatever he hears he will speak, and he will declare to you the things that are to come. – John 16:13

Yet my God is more silent than ever before.

Even worse, I’m trapped in this spiral, more focused on a singular addiction.
It isn’t the alcohol this time.

The killer’s turning more brazen. With each roadblock we throw up in front of her, she finds a new way around it.

Murdering at a quicker speed.

Taunting me at every turn.

But it’s Kiera that dominates. Kiera that rules. The mystery of her becomes even more important than all the lives being lost in Boston.

There’s an illness in her family. One as pervasive as what’s infected our streets. I don’t know what it is yet, but my soul is determined to find out.

Maybe my God isn’t silent. Maybe he is speaking.

The voice telling me I need to save her is the strongest of all.
The most consuming.

There’s a circle of lies—my own and that of others—closing in from every side.
Little do I realize, everything is about to crash down around me, putting everyone I love at risk.

Depraved by N. Isabelle Blanco and Dee Garci is book #3 of a 6 book dark romantic suspense novella series. This series MUST be read in order, if you haven’t read the first two books please don’t read any further, this review may contain spoilers for the first two books in the series. So far, these novellas are told in just Maverick’s POV. Just when you think things can’t get any crazier, they do! There are still so many unanswered questions and the further we get into the story the harder it is to fight through the web of deception.

“No wonder it’ll all end up where it does. No fucking wonder. I was a goner from day-fucking-one.”

Maverick is at war with his demons and failing miserably. Now, not only is he fighting against his morality and that voice in his head, he’s fighting to resist drinking which he fails at way more often than not AND his newfound addiction to little Miss Keira Dubois.

As the body count rises, Maverick is getting closer and closer to revealing secrets that he’s not even sure he wants to uncover. The Dubois family is connected to these killings, he knows it. He just isn’t sure if he wants to prove it anymore. What does that mean for him and Keira if he does?

“Despite what I know and all that’s come to light, I keep hoping and praying they’re innocent. No, I need them to be innocent-because I need Keira DuBois like I need my next breath.”

As the killer continues to taunt him, Maverick can’t help but wonder… what if he’s next?

“Will she actually kill me? The thought hits me as I watch the body bag being rolled away to the ambulance. That familiar chill settles at the base of my spine.”

These ladies are killing it with this series! Seriously, both of their writing styles are amazing, but you combine them together and HOLY SHIT! The suspense is KILLING me, you guys!

I can totally understand why this case is making Maverick lose his damn mind, it’s surely driving me crazy too! I’ve made a list of suspects, and of what we “know” so far. I have in mind who I THINK it is, but just like the rest of this book, NOTHING is as it seems so I’m sure what I THINK I know, I really don’t. Exactly how these two psychos who wrote this wanted it to be! LOL

There are sooo many unanswered questions that are keeping me on the edge of my seat the ENTIRE time I’m reading. What is going on with Detective Blackstone? What in the HELL is going on with Elon and Keira… that shit is most definitely not normal and now the patient records? OMG, seriously losing my damn mind over here, I need the end of this book like yesterday!

The chemistry between Maverick and Keira is INTENSE! They can’t 5 ft of each other without jumping each other’s bones and I have no idea what he is going to do if he has to take Ruby with him back to her family’s house and Keira is there… the jig will surely be up because Ruby is way too inquisitive NOT to notice Maverick staring like a dog with a bone every time he looks Keira’s way.

That cliffhanger, OMG why is she there? BUT then they HADDDD to go and throw in that “sneak peek” of Coveted! HOLY SHIT!!!! I won’t give anything away but OMFG, who put that kind of fear in her eyes?!?! This series has me hook, line, and sinker! Amazing fucking job ladies! 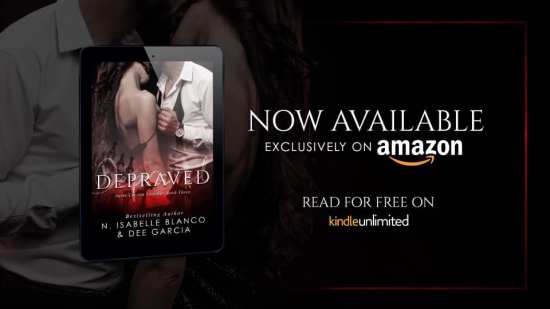 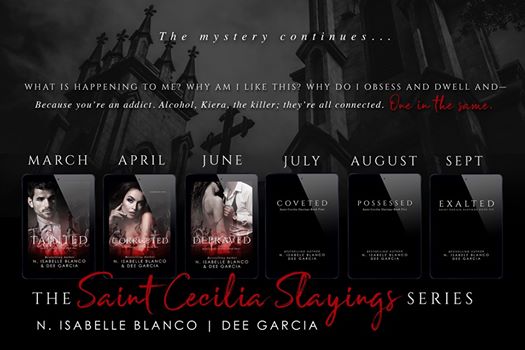 My Review of Tainted 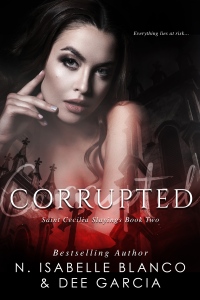 My Review of Corrupted

In the Series TBR (Coming Soon):

N. Isabelle Blanco is the Amazon Bestselling Author of the Allure Series, the Need Series with K.I. Lynn, and many others.

At the age of three, due to an odd fascination with studying her mother’s handwriting, she began to read and write. By the time she’d reached kindergarten, she had an extensive vocabulary and her obsession with words began to bleed into every aspect of her life.

That is until coffee came along and took over everything else.

Nowadays, N. spends most of her days surviving the crazy New York rush and arguing with her characters every ten minutes or so, all in the hopes of one day getting them under control. 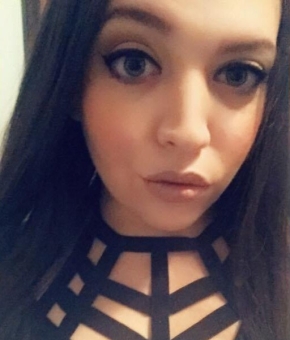 A voracious fan of romance novels and a long time lover of the written word, her mission is to craft unique, compelling stories that will give her readers a place to briefly escape the monotony of everyday reality.

With fierce, headstrong heroine’s and swoon-worthy, possessive Alpha males weaved into her thrilling tales, Dee hopes to leave her mark on the Indie world, one decadent plot twist at a time.